“After notching its highest-ever annual sales in 2017, the global semiconductor industry is off to a strong and promising start to 2018, posting its highest-ever January sales and 18th consecutive month of year-to-year sales increases,” said John Neuffer, president and CEO, Semiconductor Industry Association. “All major regional markets saw double-digit growth compared to last year, with the Americas leading the away with year-to-year growth of more than 40 percent. With year-to-year sales also up across all major semiconductor product categories, the global market is well-positioned for a strong start to 2018.” 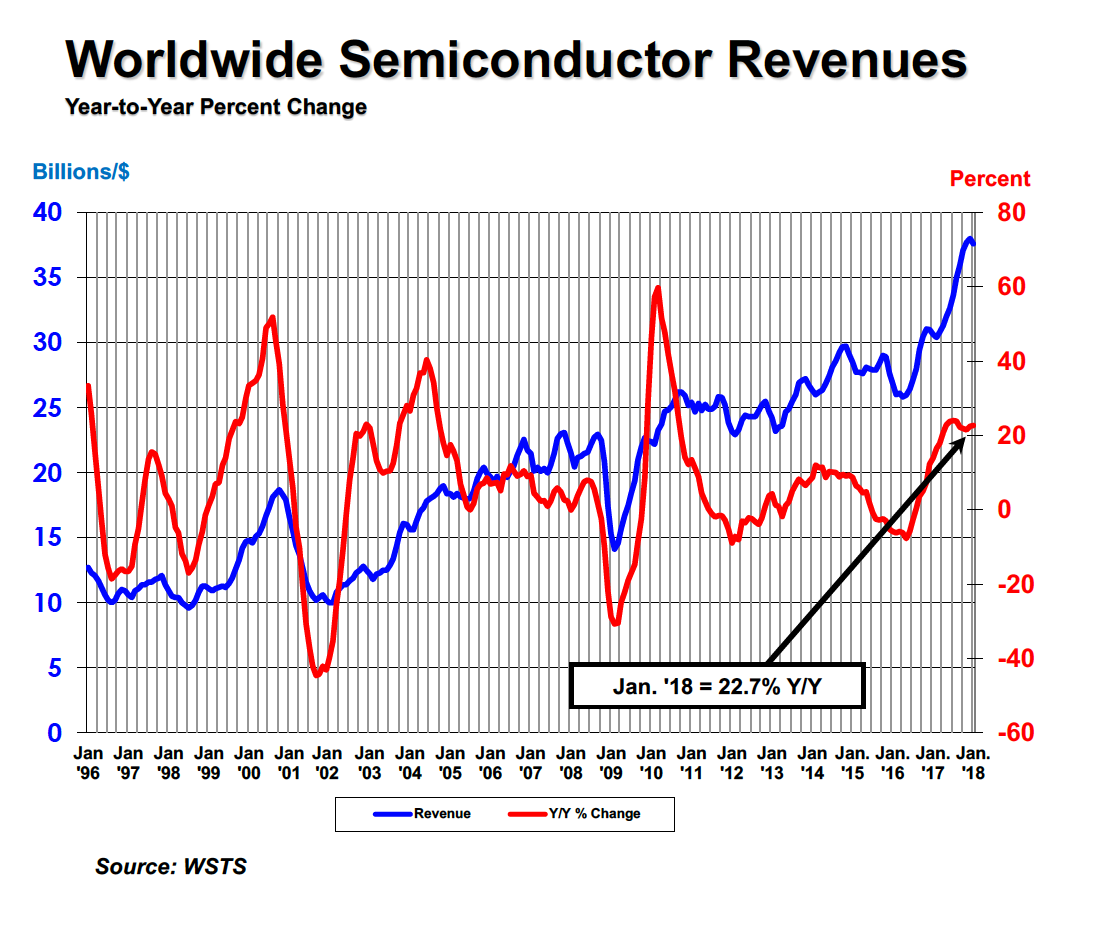