Top market regulator probes those it suspects are driving up prices

China’s top market watchdog said it is investigating auto chip dealers that it suspects are driving up prices during the global chip shortage.

On Tuesday, the State Administration for Market Regulation said it would enhance market scrutiny and crack down on illegal practices like hoarding, price gouging and collusion. The regulator didn’t name any companies that were being investigated.

Car makers were among the first and hardest hit by the ongoing chip shortage in recent months. Soaring demand for semiconductors after Covid-19 lockdowns ended in many regions coincided with widespread chip manufacturing disruptions. Ford Motor Co. , General Motors Co. and Volkswagen AG VOW 4.54% , among others, shut down some production lines as a result.

While China’s auto market incurred less damage, the country’s auto industry officials have recently blamed the semiconductor shortage for declining sales. In June, China’s car sales ended an 11-month growth streak with a 5.1% decline when compared with a year earlier. Semiconductors are essential in powering various electronic systems in cars.

The world-wide race to secure chips in the automotive sector and beyond has led to price increases and booming business for the middlemen who distribute electronic components. It has also created an ideal environment for fraud and bad actors, according to a variety of experts including industry groups, chip brokers and counterfeit researchers. 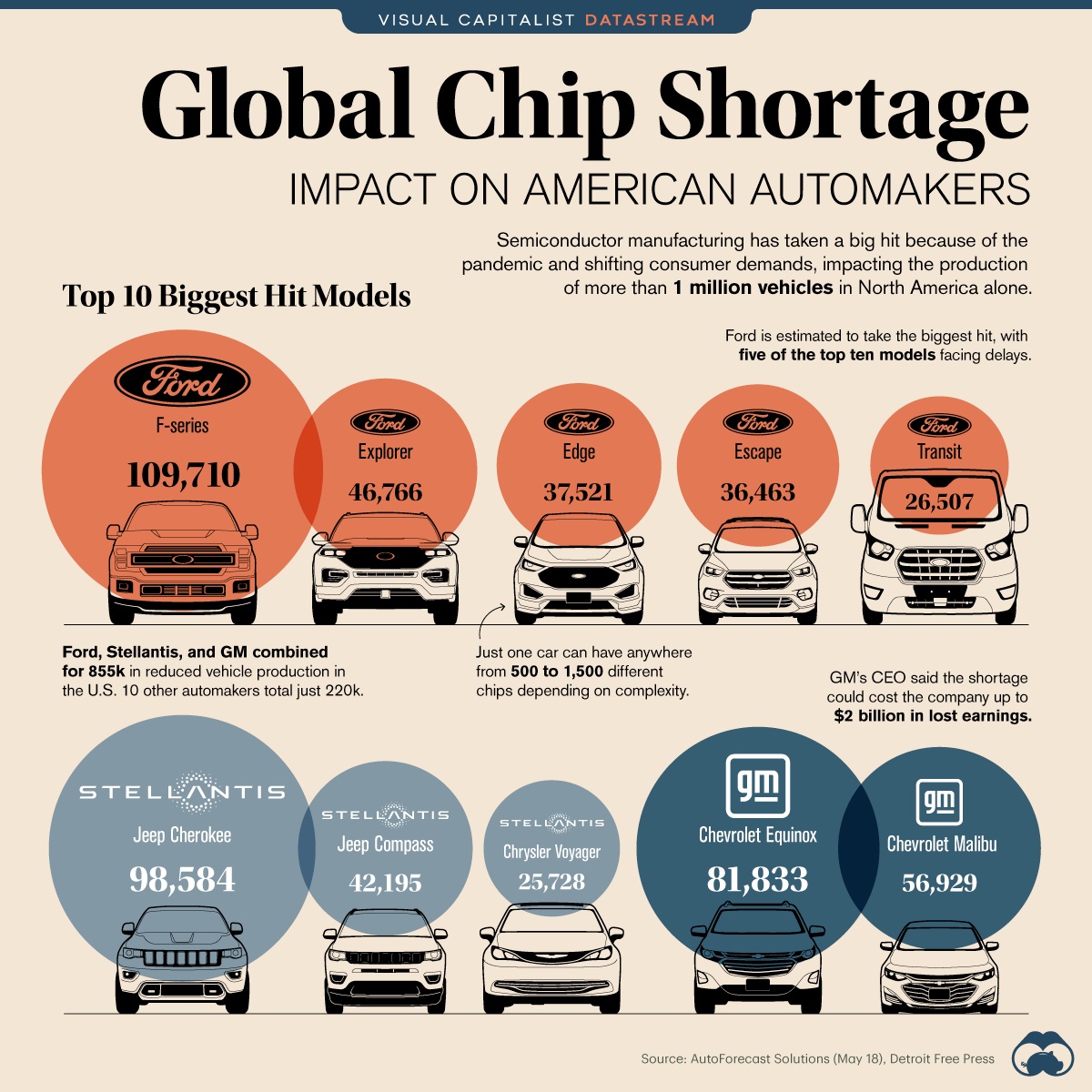 Chinese authorities have vowed to establish semiconductor supply chains that rely less on imports and have said they are engaging with auto manufacturers and chip makers to match supply and demand.

While stockpiling in the first half of the year contributed to the hype that exacerbated the shortage, the overall situation in China has improved, said Edison Yu, an auto analyst at Deutsche Bank. However, the balance of supply and demand is unlikely to return to normal until later this year or next, he said.

Last month, Mr. Cui said Chinese car makers that were flexible in dealing with supply chains have gradually adapted to the chip shortage.

Beyond autos, the chip crunch has spread to consumer goods, leading to short supplies and price increases on some electronics like laptops and printers. Even companies like Apple Inc. and Tesla Inc. have started to feel the pain, warning of potential effects on highly anticipated products in the coming months.

Some of the recent price increases have come directly from chip makers, which are struggling to meet demand and face rising raw material costs. Buyers that procure parts from brokers and unauthorized distributors can face even steeper price increases for hard-to-find parts like auto chips.

Taiwan Semiconductor Manufacturing Co. , the world’s largest contract chip maker, said it expects the auto-chip shortage will begin easing this quarter, as it allocated more capacity to producing parts needed for new cars. The company has also noted that it is seeing more clients stock up on inventory to cushion their supplies.

However, analysts and company executives expect the broader supply crunch to extend into next year. Intel Corp. Chief Executive Pat Gelsinger said last month that the shortage could stretch into 2023.

In China, the auto chip industry joins many other sectors under greater scrutiny from regulators in recent months, including food delivery, financial technology, e-commerce and after-school tutoring.