Russia’s invasion of Ukraine is piling new troubles onto the world’s already battered supply chains. The fighting has shut down car factories in Germany that rely on made-in-Ukraine components and hit supplies for the steel industry as far as Japan. It has severed airways and land routes that had become crucial since the pandemic began gumming up sea trade.

The conflict is also bottling up Ukraine and Russia’s vast commodity exports, sending the price of oil, natural gas, wheat and sunflower oil rocketing. Shipping from Ukrainian ports, an important corridor for grain, metal and Russian oil shipments to the rest of the world, has all but ceased.

Freighters and airlines have warned that the decision by many European nations to close their airspace to Russia, as well as Russia’s tit-for-tat retaliation, will increase the cost of flying cargo from Europe to Asia, potentially making some routes commercially unviable. Western sanctions—especially banning some Russian banks from the Swift global financial payment system—will make it cumbersome for many companies to conduct any type of trade with the country, even in sectors that aren’t being sanctioned. There is also the risk of sanctions on individual Russian commodity players, or of Russia retaliating by choking off supply of its products.

Economists and business leaders fear this will hit supply chains that rely on components and little-known commodities from Russia such as neon gas and palladium, important ingredients to make semiconductors. Industries such as car manufacturing have already been disrupted by a surge in demand after the easing of pandemic lockdowns and persistent production bottlenecks.

The threat of rising prices on top of already high inflation adds another challenge for interest-rate-sensitive businesses: having to gauge whether the world’s central banks will accelerate their recent moves toward tighter money, or back off if they see a bigger risk to the global recovery.

The U.S. and its allies “issuing sanctions on Russia will have a reverberating impact on not only Russia, but the entire world,” said Dawn Tiura, president of Sourcing Industry Group, a U.S.-based trade body. Western politicians and experts in the field believe that while there will be an impact on their own economies, sanctions will deter Russian President Vladimir Putin from escalation elsewhere.

Last week, oil prices hit $100 a barrel for the first time in eight years. Aluminum is up over 20% this year to date and Russian-dominated palladium is up 26.7% over the same period. Wheat futures traded in Chicago jumped 12% last week to their highest level since 2012.

Some executives caution that it is too early to know how lasting the blows to supply chains will prove to be. They say that the effects of the war and sanctions are still unclear, that many companies can rely on stockpiles of parts and raw materials, and that Ukrainian wheat is mainly exported after harvest starting in August. Companies have bounced back from crises quicker than anticipated in the past.

The car industry, which has long relied on extended cross-border supply chains, was among the first to feel the blow of the fresh economic dislocations. Leoni AG , which makes wire systems in Ukraine that it ships to European auto makers, last week shut its two factories in Ukraine and sent the roughly 7,000 employees home.

The next day, Volkswagen AG said that it could no longer get wiring systems produced in Ukraine and would have to stop production at plants in Zwickau in eastern Germany, the most important factory in VW’s push into electric vehicles, and Dresden for several days this week. VW said it would have to furlough more than 8,000 workers until it could resume production. 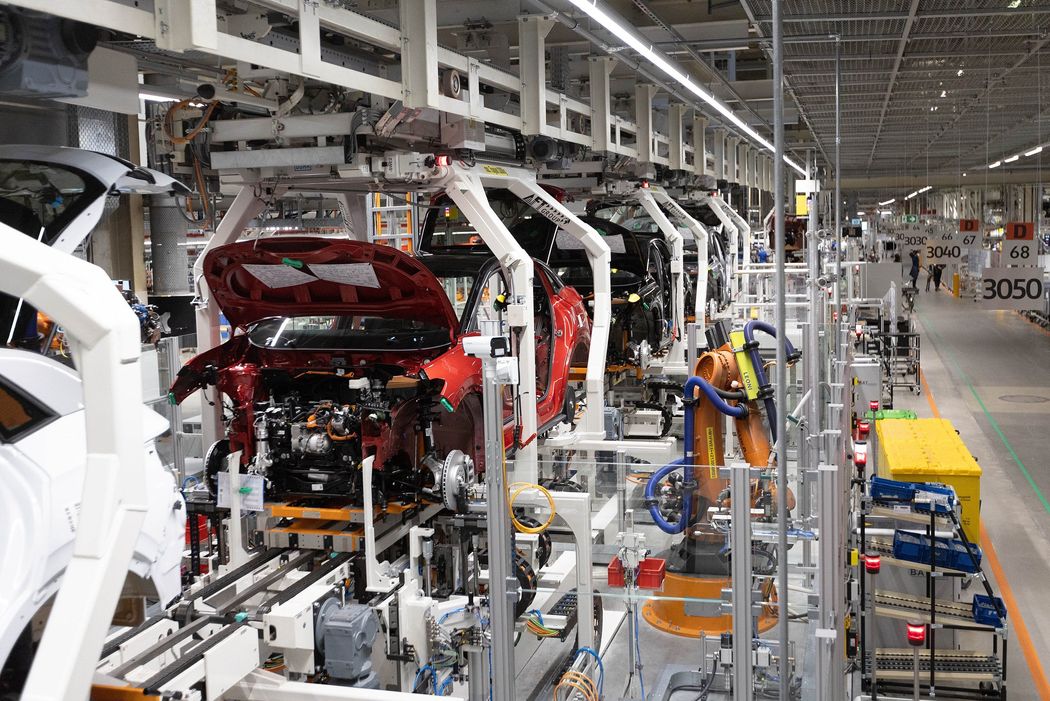 Within hours of the invasion, car companies dependent on parts from China and Eastern Europe were forming task forces to plot out alternative routes. “Ukraine is not central to our supply chain, but suddenly we discovered that when this part is missing, it is,” a VW spokesman said.

Ukraine is home to 22 foreign companies like Leoni running 38 factories that make goods for the automotive industry, producing wire harnesses, electronics, seats and other products, according to UkraineInvest, a government body that promotes investment in the country.

The disruption of commodity and raw materials supplies from Russia and Ukraine could worsen a global semiconductor shortage that has already been roiling businesses world-wide. U.S. semiconductor makers import neon gas, the chemical compound hexafluorocyclobutene, and palladium, which are used to make chips, almost entirely from Russia and Ukraine, according Techcet, a research group that analyzes dependency on critical materials used in manufacturing.

Russia’s MMC Norilsk Nickel PJSC mines 40% of the world’s palladium, also used in catalytic converters to reduce vehicle emissions, as well as around 11% of global nickel production, used to make stainless steel and electric vehicle batteries, according to JP Morgan. Russia mines around 4% of the world’s cobalt, another battery ingredient; a quarter of its vanadium, used in steel making; and 3.5% of its copper, according to the U.S. Geological Survey. 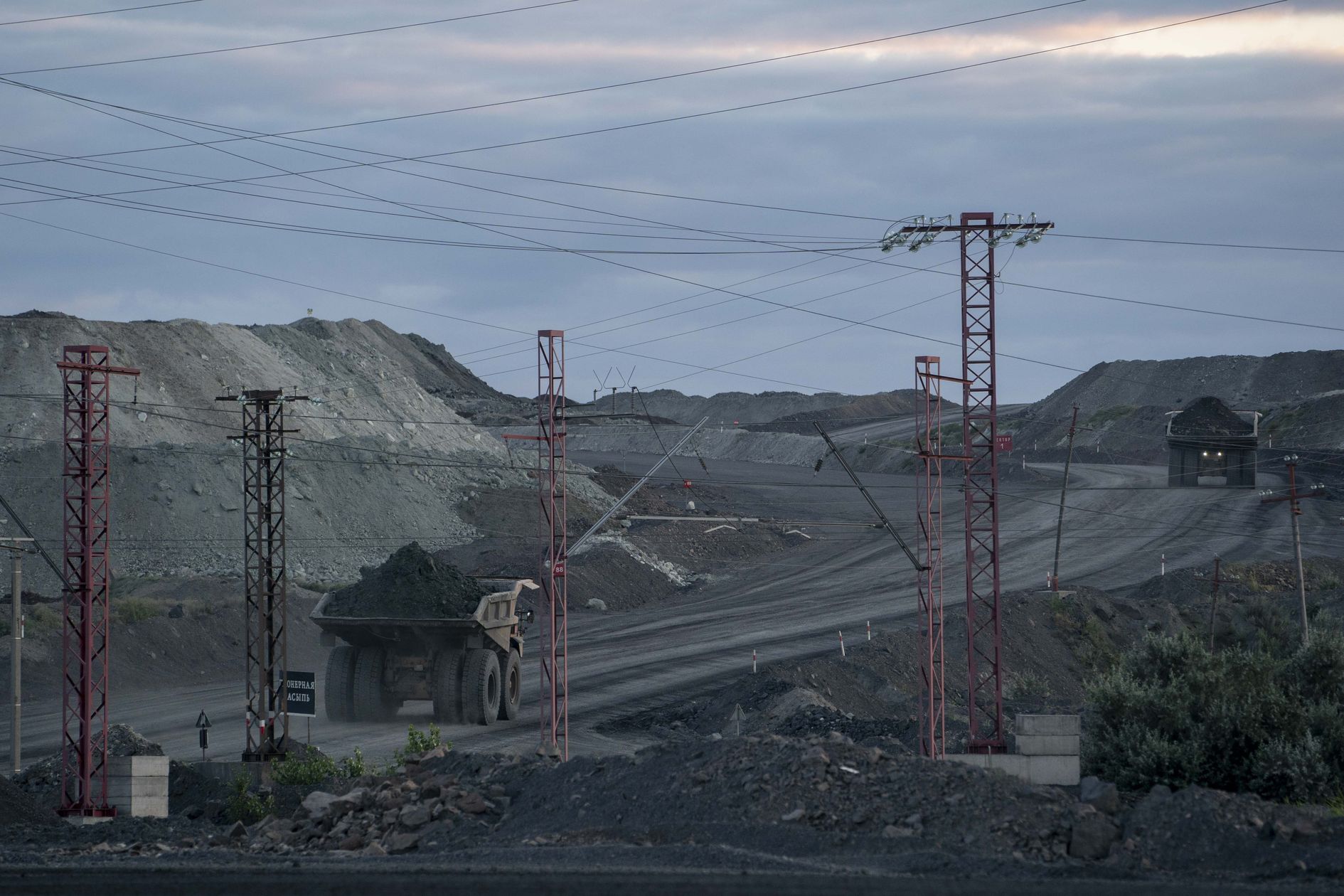 Caroline Phillipson’s breakfast food company, Your UnbelievaBowl, recently took in a big shipment of raw materials including nuts, seeds, berries and buckwheat, some of which come from the Black Sea region but have escaped any current supply snafus. Like many executives, she has been watching events in Ukraine with horror, upset by the loss of life and concerned about the prospect of further inflationary pressure. Supply-chain issues have added some 20% onto the costs of her northeast England-based business over the past year.

“I can only envisage it getting a lot worse after this, with higher energy costs, and the cost of transport, the cost of ingredients, all going up,” she said.

The disruption to transportation is worsening by the day. At least 22 tankers are clogging the Kerch Strait, a key Russian-controlled waterway, according to shipping trackers, because ports are closed. Greece, which operates up to a quarter of the global tanker fleet, is urging shipowners to pull their vessels from Russian and Ukrainian waters in the Black Sea, which is a choke point for several key commodities.

Russia and Ukraine combined account for almost a third of the world’s wheat exports, 19% of its corn exports and 80% of the world’s sunflower oil, according to Commerzbank AG, and much of that flows through Black Sea ports that are currently closed. Soaring grain prices adds to concerns for the mainly developing world countries, like Egypt and Indonesia, that rely on the shipments and where food prices were already rising.

An ocean vessel chartered by one of the world’s largest food suppliers, Cargill Inc., was hit by a projectile off the coast of Ukraine in the Black Sea on Thursday. Minnesota-based Cargill, which operates an export terminal in Ukraine, said the ship is seaworthy and no one was injured.

Oleg Solodukhov, a partner at Kyiv-based shipping consulting firm Charterers, said one cargo of steel had been unable to leave the Ukrainian port of Mariupol after being informed Russian forces had laid mines at sea. Another cargo of iron ore couldn’t leave the port of Youjne, east of Odessa, after Ukrainian authorities shut the facility, he said.

Ferrexpo PLC, a large exporter of iron-ore pellets to the steel industry, said it couldn’t get cargoes out of the port of Pivdennyi, in southwest Ukraine. That caused global steelmakers like Japan’s Nippon Steel Corp. and Austria’s Voestalpine AG , who buy these pellets, to scramble for alternatives, according to a person familiar with the matter.

A spokeswoman for Voestalpine said the effects of the situation in Ukraine are currently difficult to assess, but the company has inventories and will use other suppliers. Nippon Steel didn’t immediately respond to requests for comment. Market data shows that while Ferrexpo is smaller than the largest iron ore miners, its product is specific enough that finding an immediate replacement won’t be easy.

Further west along Ukraine’s Black Sea coast, the Ukrainian government closed the port in Odessa after the invasion started, leaving Germany’s Hamburger Hafen und Logistik AG , or HHLA, to hastily process a final two container ships at its terminal there before the last of its 480 employees left.

Philip Sweens, who runs the international business for HHLA, said closure of the harbor will be another blow for Russian trade, which has declined by quarter since Moscow’s 2014 annexation of Crimea.

If the port remains closed for long, he said, “getting foodstuff and things people need into the country will be a problem. Ukraine is the breadbasket of Europe, so the first thing Europeans will notice will be food prices.”

Since last year, major port congestion and difficulties in finding ships to get goods from Asia to the West, has pushed some companies to put cargo on trains that moved from China through Russia into Europe.

This journey has become important as an alternative to already disrupted sea routes, said Glenn Koepke, a senior vice president at FourKites Inc., a Chicago-based freight-tracking technology supplier. Mr. Koepke said more than 300,000 containers, measured in 20-foot equivalent units, moved by rail from China to the European Union in the first six months of last year.

U.S.-based Flexport Inc., a freight forwarder, said it has stopped accepting bookings for its Asia-to-Europe freight rail service that runs through Russia.

With airfreight in the region also coming under pressure, Flexport’s cargo freighters that usually fly over Russian and Ukrainian airspace between Asia and Europe are now taking a longer route over the Middle East, the company said. Russian airspace is the quickest route for flights between Europe and the Pacific Rim.

By Sunday, countries including the U.K., Poland and Bulgaria had banned Russian airlines from their airspace, according to flight-tracing service Flighttrader24.

Several freight forwarders, including Denmark-based DSV A/S and Germany-based Deutsche Post DHL, a unit of Deutsche Post AG, have suspended services to and from Ukraine and closed offices in the country.